A little late to this biweekly dev log, but I've been hard at work! I'm really excited about what I've been working on for the past 2-3 weeks!
The first really cool new feature is the ability to stab into certain platforms!

This will allow some much-needed verticality to the earlier levels of the game until you unlock more sophisticated traversal abilities. It also adds some depth to some of the earlier combat sections of the game.

Another thing you might notice is that the game is permanently in "night" mode now. The colors will now be black-background white-sprites. I think this looks a lot nicer than the inverse, which hurts my eyes a little in retrospect.

I've had to do a ton of programming to get all of the required components for the level up and running. As much as I love programming, I think one of the most fun things about gamedev is having all the code in place and just getting to go wild with level design: 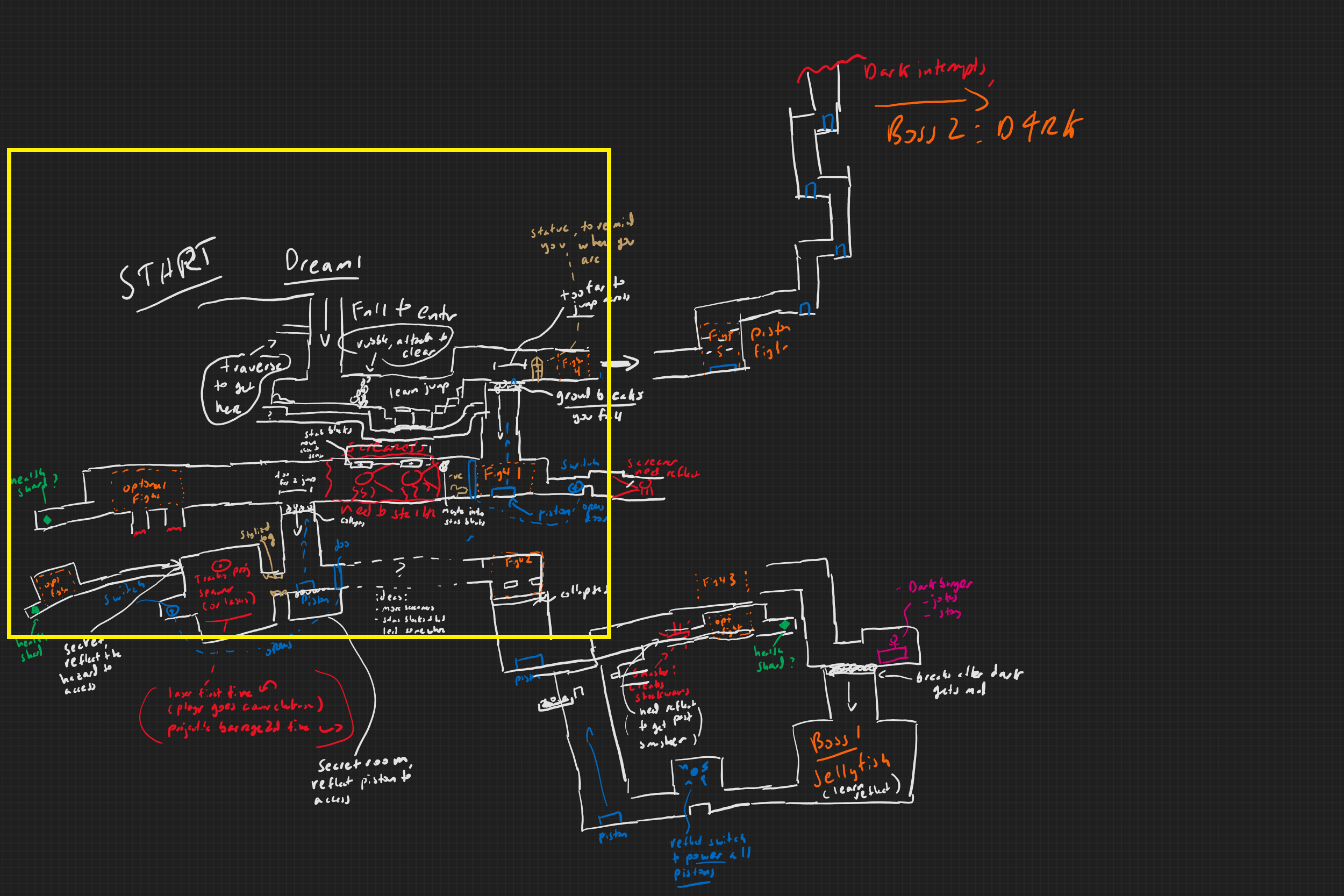 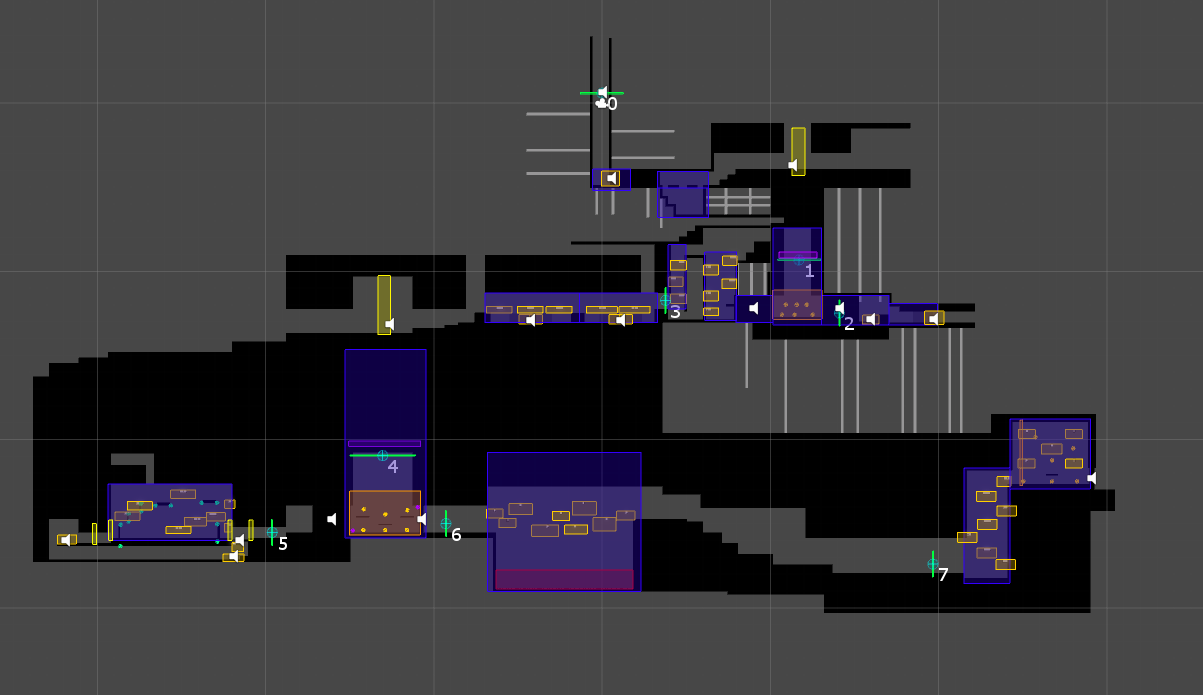 The top is the original level design I did on my tablet. On the bottom is the current state of the level. I made a few changes to the original design, but it feels a little more engaging now. It's a lot less "fight, run, fight, run", and more varied.

It's about 1/3 done I'd say. I need to make the boss battle, code some additional hazards, and then write all the code for "turning the power on in the level". I also have plans for a bunch of secrets in the level, but those probably won't be done before the next release.

I also spent far too much time writing a really simple custom level editor. Writing custom tools can be frustrating in Unity; it feels like a workflow that has less online resources than other things in Unity. That said, it feels so goddamn good to have something that works.

The editor I wrote just lets you draw objects pre-snapped onto grid positions faster. I also have a cool "PlayerSpawner" widget that inserts a checkpoint AND hooks up all the required objects to the checkpoint.

Also, if you noticed, I have a ton of simple custom gizmos to tell me where all the various triggers and checkpoints are in the level. I can't believe this is my first time using custom gizmos; I've been using Unity for 3 years and GOD writing custom gizmos really helps so much. Being able to visualize where various invisible triggers are is a lifesaver.

I'm hoping to release the first version of this first chapter in a little less than a month. I'm HOPING the rest of the game doesn't take as long. I have about 4 chapters planned total, although I can see myself descoping down to 3 chapters based on how much work each one is taking.

I've been breaking down my time spent on this chapter by the hour, so I'll probably do a follow-up post later to describe where all the time goes. It's really interesting, I'm realizing that actually creating the level (as-in physically putting down all the objects) takes a lot longer than I expected even when I've already designed the whole thing on paper.

Anyway, thanks to whoever's out there listening!
Abhi Sundu

Get Dreams of D4RK

Slash through your nightmares!

I swear to god, if I don't get a build of all the new stuff soon I'm going to go insane

Haha it's coming! It's gonna take a little bit more time but it's coming along!